Summer here means festivals and it seems like every town is having a festival of some kind.  Last Friday and Saturday was the Uneme Festival in Koriyama. Hundreds of people danced in a parade and the road in front of Usui department store was lined with stalls offering street food and all the fun of the fair.

Yesterday I had to visit our office in Sendai and took a peek at the Tanabata festival which is on for three days. There are events all over the city and a parade but the thing to do is to walk through the arcades and admire the huge streamers hanging from long green bamboo poles. And, of course, make a wish. I walked from the station to our office, a mile of so, threading my way through the crowds and the paper streamers dangling at head height. The festivals culminate next week at the end of the 'o-bon' festival.

Summer also means swimming and I'm glad to report that children have been able to swim in school pools this year and that the main pool in Koriyama's 'Culture Park' is back in business. Last year air-borne radiation around the pool was 1.0 μSv/hr and swimming was prohibited for those under 15 resulting in the sad sight of the pool being used by a few lonely decrepit swimmers. This year the City has spent 40 million yen (300,000 GBP) on decontamination. A new type of air pressure hose was used to clean surfaces which sucks up and removes the contaminated water. The top soil in flower beds was removed and shrubs cut back. Concrete around the drains (which tend to be 'hotspots') was removed, soil was dug over. Levels, which in May before work began, were 0.8 were reduced to 0.35 μSv/hr. With temperatures over 30'C every day, the pool is full of kids having a great time.

Koriyama's spent a lot of money already on the clean up (the bills go to Tepco). It took the lead early on, before the prefecture and the government got their act together, scraping the soil off school playgrounds. The current big project is cleaning 100 houses in Ikenodai where levels are particularly high. It's going to cost 5 million yen (38,000 GBP) per house. This is the only way to go. Only if people can see that levels are down will they stop leaving and start to come back.

There are a lot of bleary-eyed people in Japan at the moment. Live TV coverage of the Olympics goes on until 2 or 3 in the morning, maybe later. Much soul-searching over no gold medals in judo; satisfaction with silver medals in team events such as swimming, table tennis and fencing, and great anticipation over the women's soccer team who have reached the final.
But I'm going to get an early night!
Anne 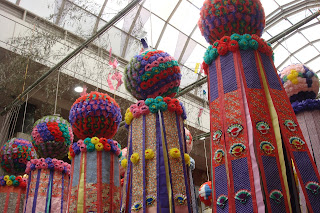 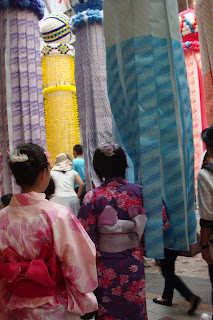 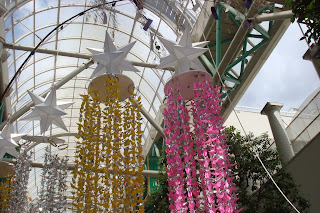