Photo Series: Koriyama getting on with life three months after the Fukushima Nuclear Accident

Hi
And here is a guest post from my son Takeshi, who recently visited me in Koriyama.
Over to you, Tak.

Posters are everywhere. Visitors arriving at Koriyama with the Shinkansen bullet train are greeted with these "Ganbaroh! Koriyama" (loosely translates to "Let's keep going, Koriyama") slogans. 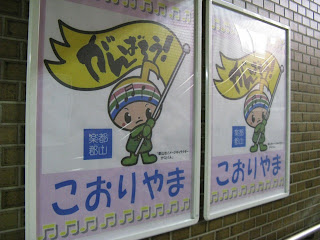 The earthquake buckled the door frame to Mum's apartment and it is still wedged with bits of wood. Every time you enter or leave the apartment, you have to duck under the wooden bars.

Mum's usual commuting outfit to fend off the radioactive particles. Mask, headscarf, sunglasses, long sleeves and gloves. Under normal circumstances, you wouldn't be allowed into a bank looking like this. But this kind of outfit isn't unusual in Koriyama these days. 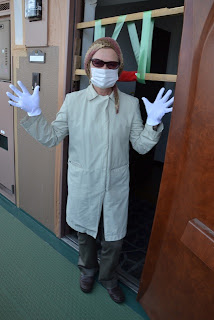 Mum's apartment still bears the scars from the earthquake. The walls of her balcony are still scarred with cracks. Construction workers inspect the external damage to the apartment block. 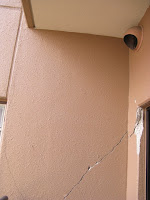 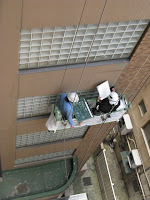 She still uses her teapot that was broken in the quake. During the earthquake, the rice cooker fell to the floor and the lid now has to be held down with a dumbbell. 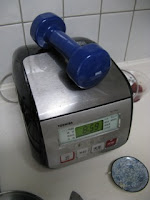 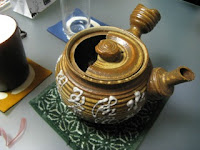 The view at the back of Mum's apartment block before the earthquake in autumn 2008 and after the earthquake in June 2011.The Buddhist temple with the big red roof is gone. The landscape is still dotted with blue tarpaulins patching up the roofs. In many cases, the delay is because of a shortage of Japanese roof tiles and some have opted to replace the tiles with metal sheets.

Sakura Dori that runs near Mum's apartment was relatively badly hit by the earthquake because many of the buildings are old. The damaged buildings are covered up with cloths or nets. Those buildings marked up for demolition have a red poster stuck on the door. It's not an uncommon sight in Koriyama. 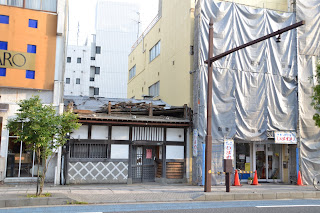 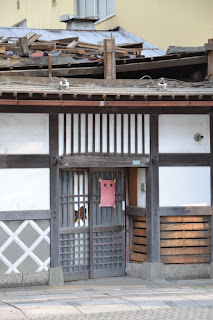 The masonry had toppled over at the local Shinto shrine. 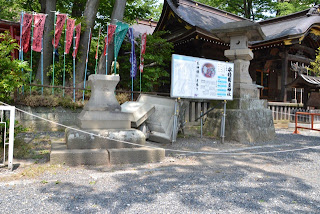 The local chamber of commerce was being demolished. 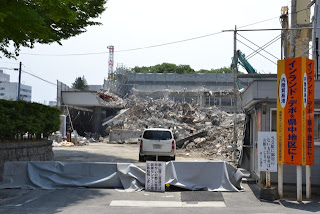 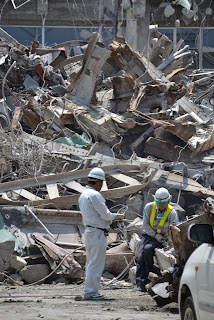 Rebuilding is going on. Mum looks at the work as she explains that the pavement had been a mess after the earthquake. 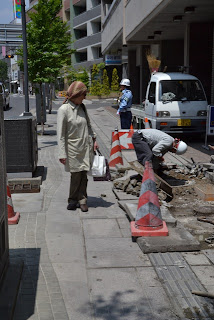 Most people go about their daily business as normal. The only people still in nuclear garb are usually middle aged ladies. The standard outfit is a hat, a mask, long sleeves and optional gloves. It will soon be too hot to be walking around like this. I even noticed a kind of nuclear fashion trend for the summer: a three quarters sleeve shirt with long elbow-length gloves like the kind that royals might wear, except that they are fingerless. 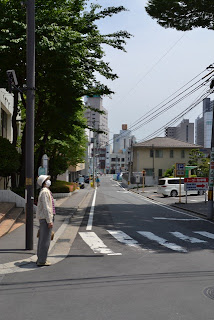 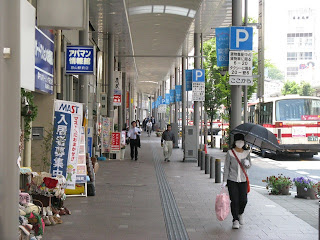 Apart from the middle aged ladies, the other group of people still wearing masks are young mothers with children. The threat of radioactive particles is a big stress for mothers (it's still very much the woman who looks after the children). One mother who used to live near us would not let her children outside and got so stressed that she's gone off to Okinawa, the southern tropical islands, with her primary school aged daughter and 2/3 year old. It's as far as you can get away within Japan. Another mother who used to be my classmate has moved with her children to her grandparents' place in Nagano. 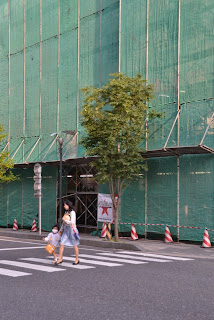 School children have to walk to school with a hat, mask and in long sleeves. These kids said that some of their classmates have moved school. One school in Koriyama that had a high level of radioactivity lost 30 children who moved outside the prefecture. 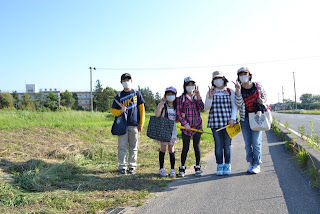 Senzaki-san, who Mum stayed with after the earthquake, looks on to his vegetable patch. The older generation are still growing their own vegetables and eating them. They do take precautions and avoid green leaf vegetables like spinach. 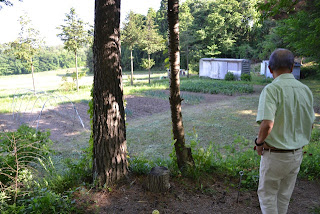 Endo-san, my father's old driver, is clearly annoyed with the nuclear accident. He jokes that the vegetables he makes should taste good but when you're worried about the health effects, they just don't seem so appetising.
He complains that the regulatory levels for radiation in food are confusing. The latest scare of the day was green tea. The government applies the same radiation limit of 500 becquerels per kilo to both fresh green tea (生茶) and dried green tea (荒茶). Even fresh green tea that meets this requirement could exceed the limit when dried simply because it has lost moisture. Endo-san points out that you're not going to eat green tea like it's spinach and wants a whole picture for a reasonable intake.
Many people are fed up with the endless factional wars being fought by the politicians. Endo-san's tongue-in-cheek solution: get them to do something useful, put them in nylon suits and send them off to help clear up the rubble at the nuclear power plant. I pointed out that they will probably continue bickering amongst themselves and just get in the way. 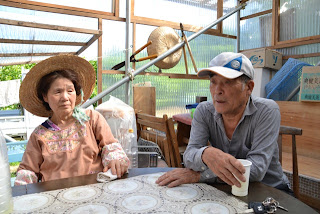 Among the uncertainties, farmers have planted rice and are tending their rice fields. 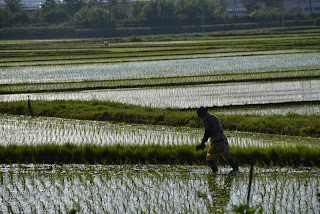 The proprietor of an old-fashioned barber shop thought that the earthquake and the nuclear disaster would finish off his business. But after a while, customers returned. I suppose people's hair continues to grow - come earthquake or radiation. He remarked that rainy days are noticeably quieter as customers avoid going outside because of the fear of radioactive rain. 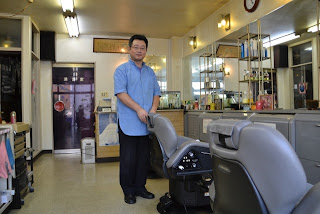