Hi
Extreme weather in the UK, in the US and here in Japan. Another weekend of record-breaking snow, not just here but in Tokyo and Osaka too. Yesterday there was a blizzard even here in the city of Koriyama with the snow sweeping horizontal in the wind. The ice cut into your face and it was hard to stay upright. I've never experienced anything like it. I was supposed to go to Aizu but all the trains were cancelled and the expressways closed.

This Sunday morning there is a foot of snow but temperatures are above zero (for the present) and the snow is melting. I am so glad I live in an apartment. Friends have been clearing the heavy snow from their houses and workplaces and are exhausted.

Yesterday the TV screen was framed with information banners as it was after the disaster three years ago but this time entitled 'The Big Snow' (ooyuki 大雪). Along with traffic information was Tepco's announcement that it was calling off most outside work at Fukushima Daiichi for the day. Routine work these days includes setting up more storage tanks for contaminated water, doing test runs for the ALPS (Advanced Liquid Processing System) which when it gets going again will remove almost all nuclides from the stored water, building a wall along the sea side of the plant, and removing the fuel assemblies from Unit 4. In the past Tepco has made blunders which hit the headlines only to be followed by PR exercises referred to cynically here as the 'Fukushima Daiichi theatre' (gekijoo). But things have been pretty quiet recently.

Amongst the snow and wind people have been cheered by the exquisite performance in the short programme of 19 year old skater Hanyu Yuzuru who won a gold and set an Olympic record. He comes from Sendai and his house was destroyed in the earthquake so it's a real boost for people in the north of Japan.
Anne
Monday: Still bad today. Schools closed. Only a few buses running. No bread or bento in the shops. 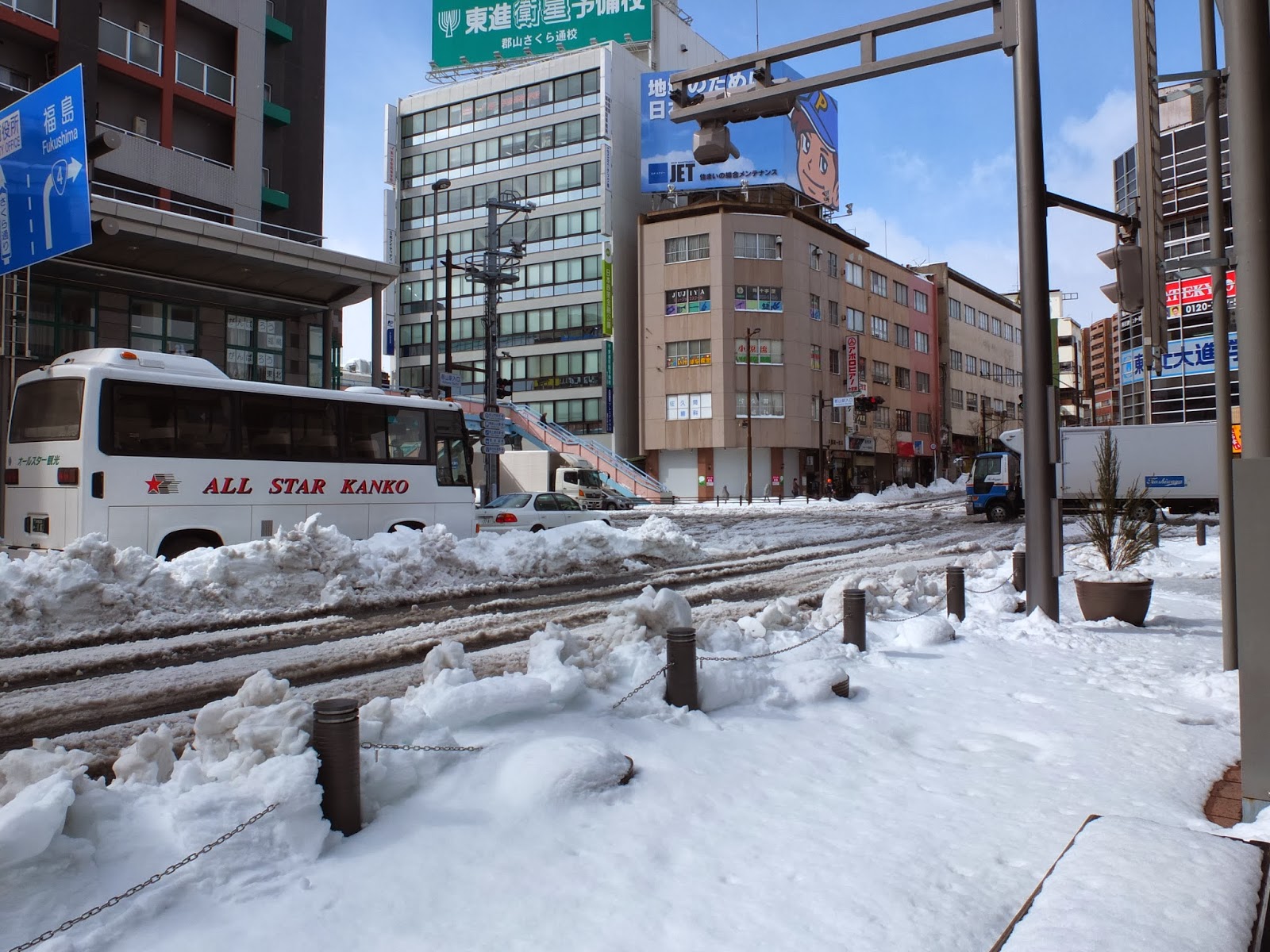 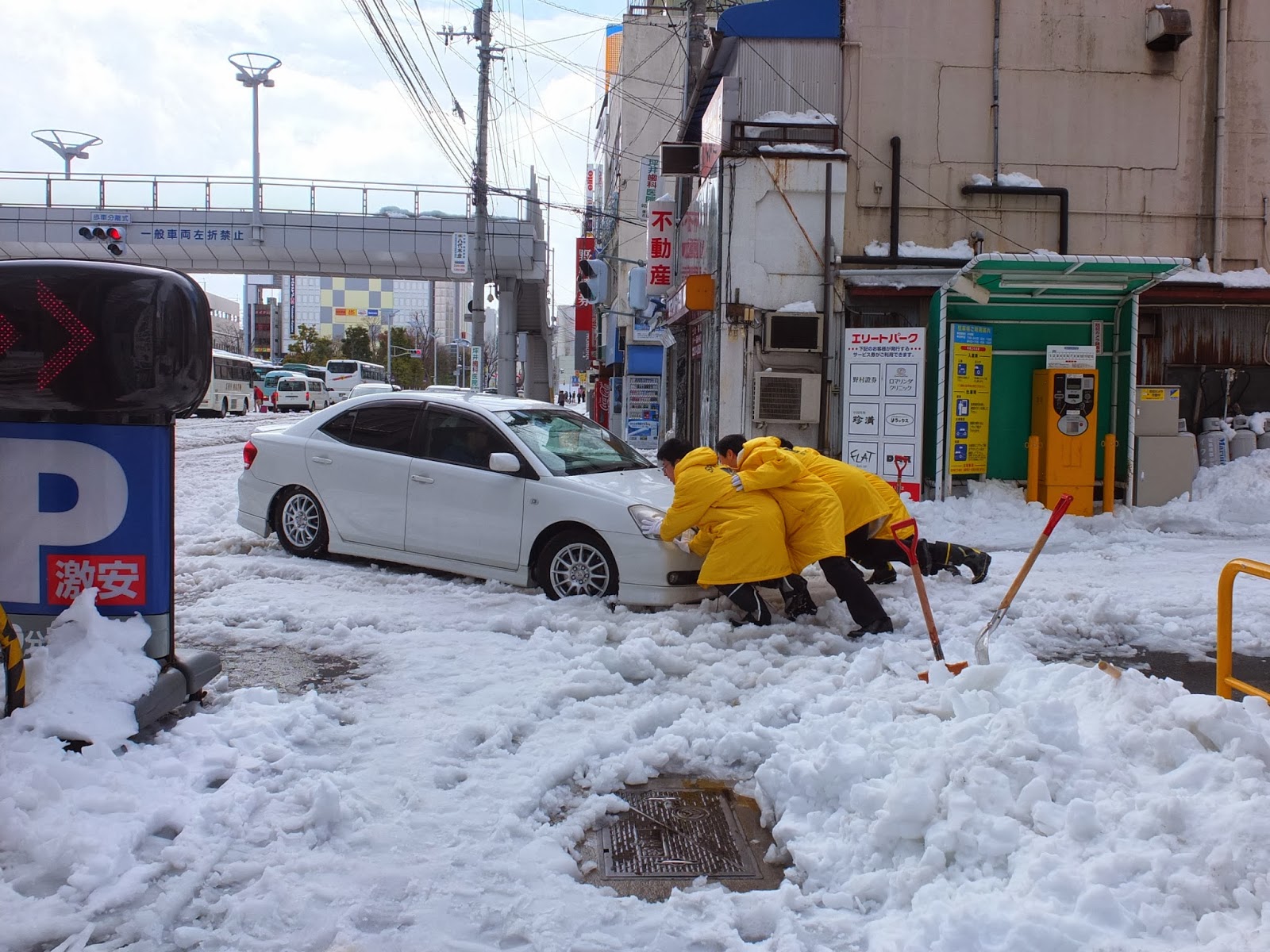