Friday and Saturday were festival time in Koriyama and I've never seen so many people in the city centre, especially so many young people. It's a bon-odori type festival, with hundreds of people dancing in a parade up and down the main street, led by character actor Nishida Toshiyuki (a native son of Koriyama), and local dignitaries (are they alright in this heat??). The local banks, shops, companies were well represented (though since this is our busiest season I'm afraid our company doesn't take part). There were long queues for festival street food: yakisoba (fried noodles), takoyaki (batter balls with octopus bits in), crepes and shaved ice. Lots of girls wearing yukata cotton kimono, vying for best prize judged by fashion designer Koshino Junko. (The trend this year, by the way, seems to be large floral patterns in dark blue, purple, deep pink - think Sanderson curtains. Preferred hairstyle: long and wavy.) The city really pulled the stops out and it was great to see so many people having a good time, out in the open air, to hell with the radiation. Even warmed the cockles of this seasoned old biddy.
I've posted a few photos below but they're not very good. The light was fading and the dancing fast so they're a bit blurred but may give you an idea of what it was like.
Went to the cemetary today to get the grave ready for visitors at the o-bon festival which starts on Saturday. It's a huge place out in the hills and is usually pristine, very well maintained, but I was shocked to see the pathways full of weeds with graves still not repaired and overgrown. I guess municipal staff are too busy clearing soil off school playgrounds - protecting the living - to bother about the dead. As for the graves, nobody went at the spring equinox because we didn't have any petrol but where are the people now? Evacuated? It's distinctly odd. I'm told there'll be no holiday traffic jams this year as relatives in Tokyo won't be coming to visit as they usually do....
I'm new to Facebook and gradually getting the hang of it. I'm certainly beginning to feel more connected to people as I learn bits and pieces of their lives. I learn for example, that the guy who persuaded me to join up has just removed his lawn! He built a new house last year (moved in last Christmas), but recently found  that radiation levels on the grass were 3 mSv/hr. So he had the turf removed and now the patch of dirt surrounding his new house is 1.54 mSv/hr. Better, but still too high for his grandchildren to play on so he's wondering what to do next.
Also on Facebook (at Fukushima Info) is a group of non-Japanese, mainly ALTs, who swap information in English and chat. If you want to know more about how we're all coping this may be of interest.
Bye for now
Anne 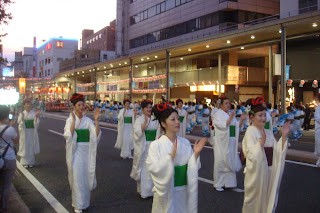 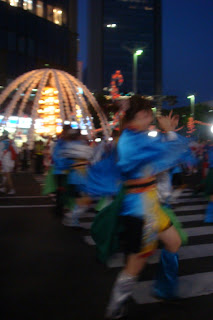