It's been a warm, sunny day in Koriyama and the cherry blossoms are in full bloom. No revellers, of course, but in the main park (Kaiseizan) quite a few people were picnicking and there were lots of people walking round, admiring the blossoms, taking photos of each other, the usual things. Radiation levels are down, we haven't had any big aftershocks for four or five days so people are feeling relaxed.
The morning news had residents in Iitate and Kawauchi complaining about the 'planned evacuation' which was announced last week due to fears of the long term effects of radiation. Understandably they wanted to know how long they were to be away. A month? Six months? A year?
The answer came tonight. Tokyo Electric announced it hopes to achieve cold shutdown in 6 - 9 months. Funny how this becomes nine months in the BBC headline whereas the same locals interviewed tonight were saying six months. A case of the glass being half empty or half full?
Anyway, the plan is in two steps. Step One (three months) is to stop the radiation leaking by filling the reactors with water and getting the water circulating to cool the reactors except for Unit 2 which they want to repair first. They're also going to cover the buildings. Step Two (six to nine months from now) is to stabilise the cooling system and get to cold shutdown (under 100 degrees).  In nine months they hope to encase the buildings in concrete.
So what does this mean for us? That in three months time, the air will be clean? But what about farm produce? Will cucumbers in July be free from radiation or has the damage to the soil already been done?
Just one more point before I go. I heard that the foreign press were reporting that people in Tokyo were wearing masks because of radiation. That's not the case. Most people are suffering from hayfever. The cryptomeria (sugi) are casting off their yellow pollen and it's  bad this year. One of the guys who went with us yesterday is a sufferer and he says his eyes are so swollen he can't open them in the mornings and his nose is blocked. But he'll be able to cast off the mask as soon as Golden Week ends as the pollen suddenly stops.
I've had some constructive feedback regarding yesterday's trip and I shall continue to follow up on our visit. I'll keep you informed.
Best wishes
Anne 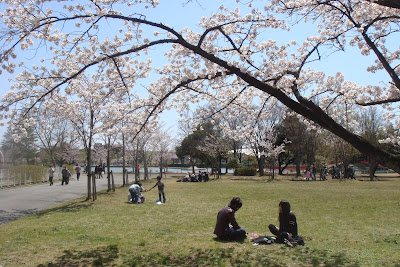 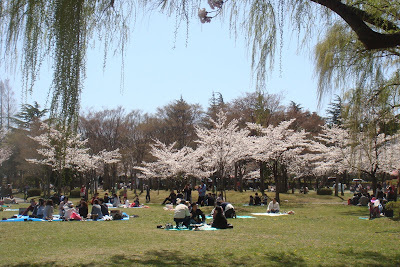