Feeling much better after my weekend away from the office, newspapers and TV. I took a little trip to visit my good friends in Kitakata, near Aizu Wakamatsu in the west of the prefecture. So today here are my holiday pics. It was a sunny day and Fukushima is very beautiful.

I headed for the lake, Inawashiro, the second largest lake in Japan, deep and clear. Lots of snow still on Mt Bandai. Then drove round to the back of the mountain, Ura Bandai, to one of my favourite spots, Goshiki-numa, or the Five Coloured Pools - different colours of blue and green - created when the volcano erupted 130 years ago. Spectacular and very beautiful. But I couldn't go beyond the first lake as the hiking path was still deep in snow. Then on  to Kitakata and at my request a visit to another magical place. Nagatoko is a hall, open on all sides, where shrine maidens used to dance to the gods. It dates from the Heian period (1051). It's famous in the autumn when the leaves of a very old gingko tree turn bright yellow and carpet the ground. Next an onsen. You can't be in Fukushima and not sample the hot springs. This was a municipal facility, part hot-spring, part daycare centre, in a beautiful new building, cost 300 yen! Then on to a local potter, Teshirogi-san of Kangetsu-gama (閑月窯）to choose a teapot or two to replace those smashed in the earthquake.

At Ura Bandai we met some evacuees from Tomioka, within the 20 km evacuation area and right next to Fukushima No 2 Nuclear Power Station (which was not affected by the tsunami). They were on a day out from Koriyama: 1,700 people and the town hall have moved to the Big Palette conference centre (where I was when the quake struck). Then at the hot spring we met some people who had been evacuated to Kitakata. The little boy wanted to speak English but was too shy. I don't know how many evacuees there are. It was on the news just now that there are 23,000 people from Fukushima prefecture who have evacuated to other parts of the country, so there must be tens of thousands remaining here.

Separately, both Sadao and Mary Helen commented that the normally taciturn people of Aizu were talking to each other more! Saying hello to strangers, asking neighbours how they had fared in the quake. There seems to be a new feeling of unity here.

Over our tempura soba at lunchtime we were trying to think of good uses for the area round the reactor, once it's cooled down and closed down. I've already mentioned someone's idea to turn it into a giant electricity generating plant which would supply us this time with electricity for the new industries which will have to be created to replace agriculture and fishing. Or there's this one: turn the whole coast into a giant military base - give the Okinawans back their beaches. But this one from Sadao must be the best: fill the area with temporary housing (kasetsu jutaku, the ones they're putting up for the evacuees) and make it into a retirement village for all the politicians who got us into this mess.
And with that I will leave you!
More tomorrow by which time I should be back in reporting mode.
Love
Anne 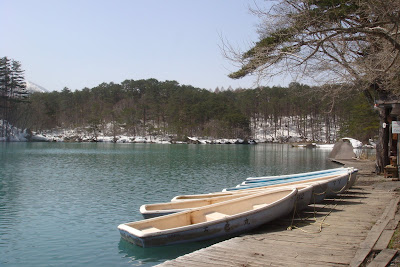 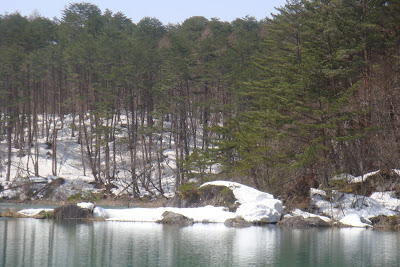 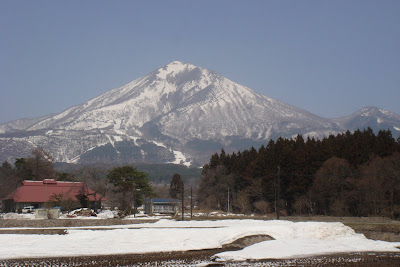